Station Network
station.mirror.xyz
The Stories of Our Blockchain Lives 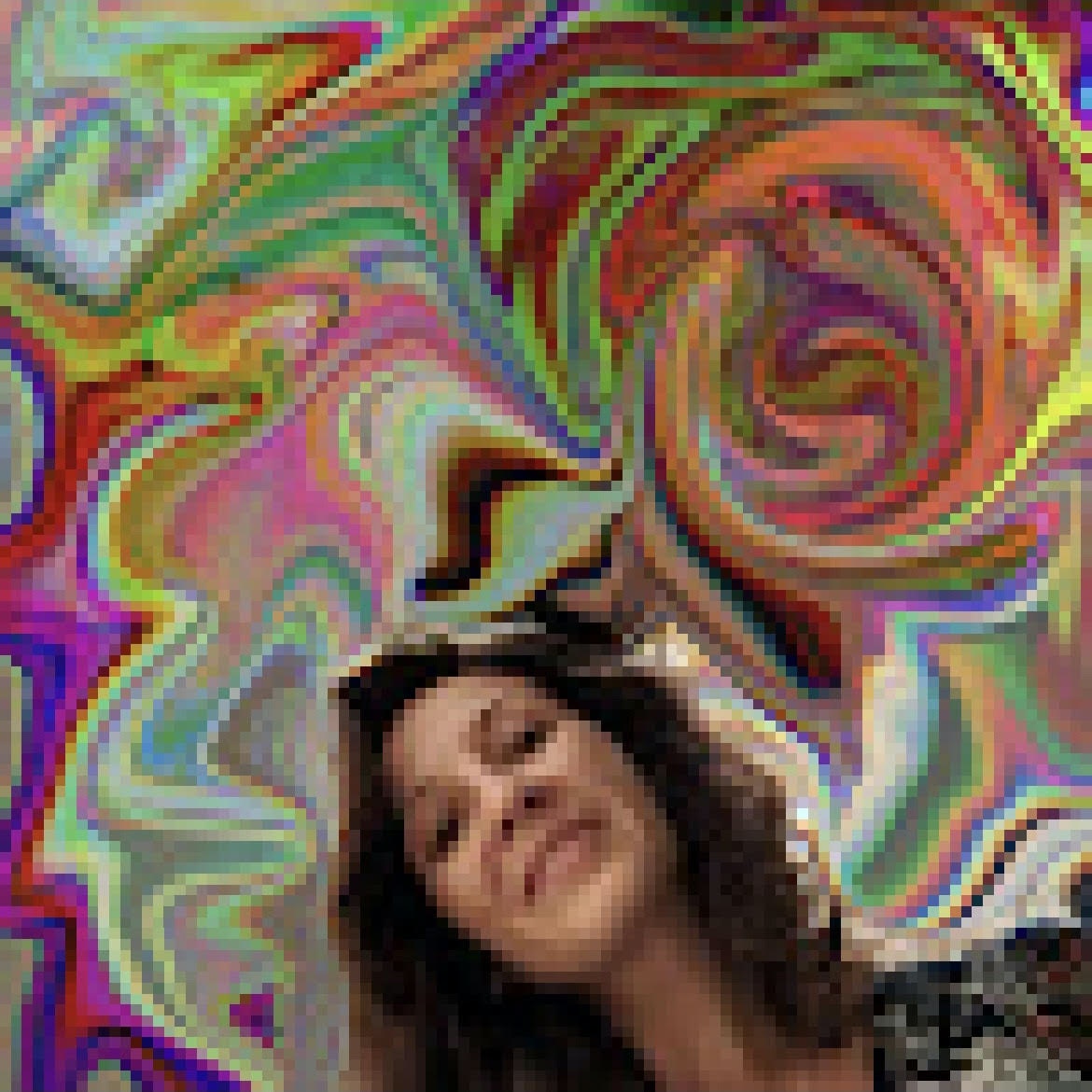 It’s an early morning in May 2042, and the city is stirring from the slumber of a long winter. A cup of hot black coffee in hand, you open up your Metamask wallet for the daily airdrop of 0xN-you-s, a personalized newsletter based on your wallet’s transaction history. In the first row of NFTs, a gift from your mom — a baby picture of you with a message wishing you a happy thirtieth birthday. A little startled at the sight of your age now starting with the number three, you send an on-chain thank-you text to your mom’s ENS address. You make sure that the message is generic enough so as not to attract the attention of other professional Etherscan treasure hunters like you –– a very well-paid job these days, as your mom tells her friends.

Today is a milestone for another reason. It was on your birthday 20 years ago, in May of the now-distant 2022, during a freezing cold crypto winter in which a Luna failed to moon, that you first played Axie Infinity and were introduced to blockchains. There were only a few million enthusiasts like you, but a lot has changed since then. Ethereum has become ubiquitous, long surpassing the benchmark of 2 billion daily active users that Facebook had once set. On the Ethereum blockchain alone, there are several billion daily transactions, eclipsing the most optimistic venture capitalists’ most optimistic hopes for consumer adoption.

As for you, you grew up on the blockchain. Each day for the past 20 years, at first tentatively and irregularly, then for an increasingly wider array of daily activities, you’ve been signing messages and contracts. Etherscan tells you that under your main address alone, there are over a million transactions. And while you’ve been busy buying, selling, commenting, and texting, the blockchain has been diligently chugging along, taking notes, and saving the receipts for your actions for posterity.

This story is, of course, a simplification and potentially an exaggeration –– or maybe an understatement –– but the message holds: if widely adopted, over a long enough period of time, the blockchain will have recorded a large number of transactions that anyone with knowledge of your address(es) could pull up.

On a societal level, recording actions into a permanent ledger could result in a more transparent, fair, and just society, in which “history is written by the victors” becomes a technological impossibility. On an individual level, new behaviors might emerge and be fostered by the blockchain paradigm of visibility and verifiability.

It’s a show-me-the-receipts kind of world

If blockchains (and blockchain analysis tools) become sufficiently widely adopted, checking what someone says they did against what they actually did will be a trivial technical operation. It’s easy to imagine that the requirements for truth-telling might fundamentally change. Narrative would need to be supported with transaction data. In fact, transaction data itself will likely become the narrative, and truth will be defined simply as a collection of transactions hashed and validated on the blockchain.

In your work, your digital wallet might replace your resume. Professional activities such as workshop or conference attendance that were previously sealed in corporate databases will provide an action-based, legible, and portable reputation that is verifiable.

More intimate areas of an individual’s life are likely to be affected as well. Imagine what a dating app could look like 20 years from now. Instead of filling out a description of yourself, which requires some self-advertisement, you might be asked to provide an ENS address. The address’s transaction history will attest to what, in today’s world, people take your word for –– for example, where you’ve visited, how well you speak a language, what events you’ve attended. Again, the blockchain becomes the truthful narrator of our lives.

The dating example can be applied to other personal relationships that require trust. Take the normal evolution of a friendship. Becoming good friends with someone usually requires repeat interactions so that you get to know the person better and experience them beyond the way they (or others) describe themselves. These repeat interactions, through which trust is forged, in turn require both opportunities to occur and time. By providing an easily accessible, on-chain, action-based social reputation, blockchains could become a way to establish interpersonal trust (or mistrust) more quickly, saving us time and heartache.

When confronted with this level of visibility and verifiability, we as humans will also adjust our behavior. Perhaps we tell the truth more often. Just like we make an effort to put on nicer clothes when we go out in public, we might become more responsible, accountable, and truthful if we know that our actions are recorded on the blockchain. Maybe, in the same way that social media made us all digital neighbors and enabled us to see and desire other people’s lives, the blockchain could spur a mimetic desire for telling the truth and doing the right thing.

Transacting in the open might, however, also make us more susceptible to pressure and encourage conformity –– which is already happening in DAO voting today. During a Snapshot vote, where you can see the addresses that have voted along with the votes themselves, you might feel swayed to vote in the same way as the majority or an influential party in order not to endanger your status and standing with the in-group.

This fear of losing status by making mistakes is understandable, given the size of the arena — everyone with access to the blockchain — and the permanence of the potential mistake — recorded and visible. It’s harder to accept looking incompetent and foolish when you know that everyone is watching. But making mistakes is an essential part of the creative process, which requires taking creative risks and sometimes looking like a fool, and for children, it’s an essential part of growing up.

A permanent record becomes trickier still when on-chain transactions serve as perpetual testaments to values that are considered morally acceptable today but might be considered morally arrogant in the future. Since it’s almost certain that we’ll commit mistakes of some sort that end up in the transaction ledger, one has to wonder if in a blockchain world we’ll be able to start with a clean slate –– or what a clean slate might look like.

Who lives, who dies, who tells your story

One way to lessen the narrative power of the blockchain would be to obfuscate through cheating. It’s not inconceivable that markets for generating transaction histories emerge. People or bots would sign transactions over a period of time in order to create a transaction history, the private keys to which can then be sold to interested parties –– who will essentially be buying a new past. It would be the digital equivalent of the kind of identity acquisition in witness protection schemes.

We might also develop new societal rituals to publicly announce that we’d like to be forgiven for a mistake that we’ve committed. The Christian ritual of confession reimagined for the blockchain might look like sending NFTs, which in the future will likely have much wider applications than profile pictures or art, to a well-known burn address. This act would preserve the history of the NFT while signaling that the owner would like to acknowledge that they now consider holding or transacting with it a mistake.

The most likely outcome is that we’ll innovate our way to a solution that preserves the benefits of the blockchain on a societal level while ensuring that individuals don’t become crippled by past actions. Various solutions to this effect already exist. And although privacy coins have so far not been as successful, with wider adoption, the need for them will become both more obvious and more urgent. With an ever-increasing number of smart people joining the blockchain space, it’s also reasonable to assume that new and better solutions will emerge.

Until they do, however, we might need to make a conscious effort to shift our attitudes and become more aware that when we transact, we leave traces that have meaning. With great signing comes great responsibility; the transactions we engage in are etched into the blockchain forever, visible to everyone (including malicious actors or surveillance organizations, a vast and important topic in itself).

We might also need to learn how to live with mistakes that are public and find a way to allow for the type of behavior that Joan Didion describes: “‘We were just crazy kids,’” they say without regret, and look to the future. The future always looks good in the golden land, because no one remembers the past.” In other words, we might have to learn to forgive and forget better.

Newstand is a publication from Station, a toolkit for Web3 digital communities to give power to the people.