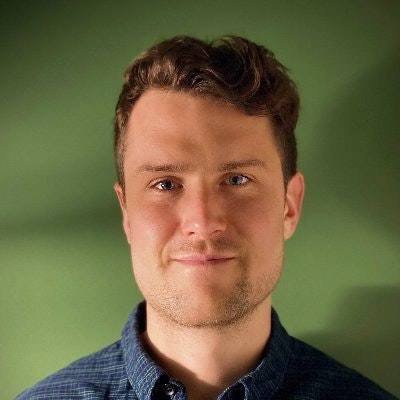 Simultaneous contribution to multiple communities is the norm for people making a living in web3. Take a random sampling of Twitter bios of DAO contributors, and you’ll find between 3-5 communities listed. While this might seem to indicate a lack of focus, we scientists know better. In fact, there are decades of research on how knowledge workers in a decentralized network become “optimally distinct.”

Optimal distinctiveness is the theory that layering multiple affiliations into one identity can be predicted both mathematically and intuitively; in essence, humans are always balancing the need for inclusion and the need for differentiation. The polyamorous work (or “polywork”) enabled by web3 isn’t a random deviation from the standard “one job from 9-5” of web2 — it’s a logical step forward in the increasingly competitive labor market for knowledge workers. Employers may want people to work for them full time, but employees left to their own devices and in a more competitive market will actually prefer to work among multiple communities.

My claim that the rise of digitally native work will make us all behave like scientists comes from personal experience. I’ve been able to explore digitally native communities from many different angles. I was a laboratory neuroscientist myself; helped build ResearchGate, the primary platform where scientists connect; and recently founded Backdrop, a platform that leverages tokens and other web3 infrastructure to make participating in communities easier and more fun. I left science for web3 because I believe we’re building a foundation that will finally allow distributed communities like academia to capture a higher proportion of the value they create. And I love talking to people currently working in web3 because they sound so much like scientists, especially the layered way they think about building their identity.

Optimal distinctiveness, or “I am my niche”

Dr. Marilynn Brewer, a psychologist who has spent her career studying “how our identities are shaped by our group membership,” first wrote about the theory of optimal distinctiveness in 1991. It’s beautiful because it can span a 50-page paper and also be neatly summarized in one sentence:

“Individuals have two fundamental and competing human needs — the need for inclusion and the need for differentiation — that can be met by membership in moderately inclusive (optimally distinct) groups.”

The desire to be in optimally distinct social groups –– to survive and cooperate –– is fundamental to human nature. It explains why we are happy when we feel a true sense of belonging in communities we care about, and why left-handed people are more likely to form deeper social connections than those who are right-handed (“right-handed people” as a community isn’t sufficiently differentiated).

In science, optimal distinctiveness is the sweet spot between working in a desireable field while not getting “scooped” by another scientist who publishes your work before you do. At ResearchGate, our research showed that scientists define their research focus via ~3-5 overlapping topics, such as “CRISPR | CYSTIC FIBROSIS | FRUIT FLY” or “REGENERATION | MULTIPLE SCLEROSIS | MOUSE” (my niche when I was in the lab). Three to five topics seems to be “optimally distinct” for most academics.

I would expect that the 3-5 average remains true in web3, and although the Venn diagrams look different — perhaps it’s “NFT | LAWYER | MUSIC” — the logic is the same. Simultaneously contributing to NFT, legal, and music DAOs doesn’t make someone unfocused –– it makes them unique.

There is one exception to the 3-5 community rule in science, and it’s the same as in web3: founders and core contributors. If you create a successful community or invent a technique or field of study, you can be optimally distinct without layering on additional affiliations. This dichotomy presents a UX risk for DAO tools: we design for the founders who aren’t as interested in polywork but do gatekeep the community in some ways, despite the fact that the majority of contributors will need to manage multiple simultaneous affiliations.

What happens when you don’t design for overlapping communities? The products built for the scientific COVID community are an illustrative example.

Many scientific organizations responded to COVID by doing whatever they could to help scientists who were researching vaccines and treatments. In the early days of the pandemic, scientists couldn’t keep up with the amount of information being published, for three reasons:

In response, many organizations built tools to aggregate and curate preprints and publications about COVID. We built a COVID community on ResearchGate that was like a Subreddit connected to a fairly exhaustive database of publications, and there were similar efforts from institutions like Johns Hopkins and companies like Semantic Scholar. We weren’t thinking about long-term UX; we were just trying to help the scientists on the front lines.

Working on those solutions was hugely motivating, and they helped plug the holes in the early days, but most of them have since been removed or folded back into the products from which they came. (We sunset the COVID community just before I left ResearchGate.) The reason those products didn’t last is simple: COVID isn’t a bucket that neatly contains the scientists in it –– it’s just one cloud in the sky of overlapping topics in science.

Let’s say you’re a mathematician who studies the spread of contagious diseases in developing countries. You jumped into COVID research and started occupying the niche of “COVID | MATH | EPIDEMIOLOGY | DEVELOPING COUNTRIES,” where you are optimally distinct. You need to stay current on COVID publications about math, but you also need to monitor math journals and epidemiology publications about other infectious diseases. Only presenting COVID publications to a community focused on discovery is incomplete. But it’s not as simple as adding math and epidemiology, because Sarah’s niche may be “COVID | EPIDEMIOLOGY | MOUSE MODELS” –– so she needs publications on mouse models for other infectious diseases. In other words, a product that treats the community like a bucket will be optimized for nobody.

The simple solution to this UX problem is the internet's most powerful tool: a network. In a network, I can build my optimally distinctive niche while Sarah builds hers in the same place. Hence why Twitter is still the most important platform for web3: because people are able to more fluidly manage their own interest graph, Twitter becomes a single destination to which you go to stay up to date and connect with everything and everyone you care about.

By contrast, Discord conceives of communities as buckets or walled gardens, with little ability to move between them. There are moments when you can feel like a cloud trying to be confined to a bucket –– like when you can’t create a shared chat between people across servers, or when you want to co-host an event with another community, or even when you have to toggle between servers to play whack-a-notification while you’re trying to get work done.

However, it’s not black and white. There are features in Discord that do account for the cloudlike nature of online communities –– for example, having one DM for someone across all servers, or seeing which servers you share with someone on their profile. I’m also not discounting the importance of more bucket-like tools like Discord for building deeper connections within a single community. But as work moves toward polyamory, especially with interoperable data enabled by web3, there’s a huge opportunity to build experiences that facilitate interactions at the overlaps between communities.

Why polywork will succeed

Research like optimal distinctiveness accurately positions DAOs and the ease of polywork they enable as just one response to a trend that exists independently of crypto. The rise of side hustles and the emergence of polywork in DAOs are part of the same macro-trend.

The critique of DAOs that holds that the polyamorous way of working won’t get anything done shouldn’t be about crypto; it should be a higher-level argument about whether side hustles will slow or disappear. That discussion is a lot more interesting and harder to bulldoze with simplistic comments like “BLOCKCHAINS ARE EXPENSIVE.”

Based on my research as an academic and my experience building products, the only way I see the trend towards polywork slowing is if the global talent market gets less competitive. But I can’t imagine that happening given the new dynamics introduced by remote work. And as work shifts towards employee preferences, I would expect that the same 3-5 affiliations we’ve seen in science stay true for other knowledge workers. People will often have primary affiliations where they can focus and side hustles where they can explore, but multiple simultaneous projects will be the norm.

When I think about placing bets for myself and for Backdrop, it’s that the landscape of workers is going to shift more toward clouds and away from buckets. That’s a good thing because it represents a shift toward putting power in the hands of individuals more equitably. Polywork gives people the freedom to move and fluidly define their identity, and to explore and derisk their next step while keeping at least one foot on solid ground. It’s a natural evolution in the ever-more-competitive talent market, and helping people access and combine the clouds of their lives will be increasingly important for builders to consider.

Newstand is a publication from Station, a toolkit for Web3 digital communities to give power to the people. Station uses its own platform to curate and onboard writers for Newstand.