Station Network
station.mirror.xyz
The Future of DAOs Beyond Tokens 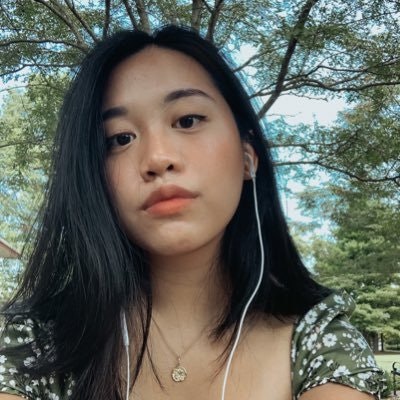 It has become painstakingly clear that our current models of work are not fulfilling or effective for the modern-day laborer. In the past, such rigid structures may have been justifiable – corporate structures reduced the friction and transaction costs of contracting individual work on the free market. However, while such sentiment may have been plausible in the early 20th century, new technology has and will continue to transform how we think about work and coordination (ie: cloud computing!).

Crypto is a prime example of a technology accelerating the future of work. Crypto has already proven to be powerful tool for finance, but it also has allowed the creation of new tools for governance and coordination:

Decentralized Autonomous Organizations (DAOs) promise to bring these tools into practice, creating a new paradigm of coordination and making it possible for mass mobilization of resources beyond physical constraints. The promise is alluring –– according to DeepDAO, there are already almost 2M holders of DAO governance tokens and 500k+ active voters and proposal makers in DAOs.

Despite its viral emergence, the discourse around the definition of a DAO is fragmented. And to be clear, that’s okay. DAOs will exist for different purposes, work toward different goals, and operate within different parameters.

However, today’s DAOs do often coalesce around two key primitives:

And what do these two tools have in common –– cryptoeconomics.

Nathan Schneider wrote an incredible article on the limitations of cryptoeconomic governance, and I generally agree with Schneider that, at least in their current, mass-adopted form, DAOs will permit the radical financialization of everyday interactions. If the minimum viable DAO is a group with a shared crypto wallet or a token on the free market, it’s difficult to imagine a world in which finance is not at the heart of a DAO. And what would it mean for the future if the minimum viable DAO relies entirely on financialization?

In response to Schneider’s article, Vitalik wrote his own response where he develops the following thesis: “finance is the absence of collusion prevention”:

“Finance can be viewed as a set of patterns that naturally emerge in many kinds of systems that do not attempt to prevent collusion. Any system which claims to be non-finance, but does not actually make an effort to prevent collusion, will eventually acquire the characteristics of finance, if not something worse.”

In non-blockchain systems or “‘real life’” to use Vitalik’s turn of phrase, “[efforts] to prevent collusion” mean existing guardrails (usually legal) like shareholder regulation. Obviously, these existing guardrails are liable to corruption and often are corrupted.

The promise of blockchain coordination tools is that they enable technically embedded guardrails and structures that can defend systems against collusion and resist pressure from economic actors.

These blockchain guardrails may include the tools mentioned at the very beginning of this piece or even entirely bespoke systems––of which many already exist (MakerDAO, Yearn V2, Moloch, MetaCartel, etc.)

However, while the opportunity for innovation exists, DAOs, in their current state, often don’t adopt blockchain tools other than the financial primitives, leaving them largely open to speculation and the corruption of bad actors, perhaps even similar to those we often see in the traditional corporation.

While the fear may be premature, I find it far too easy to compare the current standard implementation of a DAO to that of a corporation (and I hear this comparison made often in conversation).

Generally speaking, purchasing a DAO governance token is similar to purchasing the share of a company. The difference is three-fold:

In this case, the implementation of a token does little to effectively build accountable guardrails into the organization. Speed and accessibility in the governance process are strong benefits to a DAO, but many of the other current benefits occur simply because it’s easier to buy into a DAO than a company and tokenholder bases are typically smaller –– both meaning the DAO is inherently more democratized. However, this could easily change if/as DAOs grow expand, teams distribute tokens to more strongly benefit insiders, or even if DAOs collude in meta-governance. Classic narratives of corporate collusion and bad actors may re-emerge, as we’ve seen already occur in several cases (ie: Olympus, Toucan Protocol, Build Finance).

Some may argue that collusion or bribery in crypto is perhaps a feature, not a bug. [REDACTED] CARTEL, a project with an ambition to become a meta-governance by aggregating assets with governance rights, recently launched The Hidden Hand Marketplace. The platform provides “bribery-marketplace-as-a-service” for DAOs, enabling protocols to “purchase” certain governance decisions by buying their native tokens. On the one hand, the financialization of rights unleashes a new era of D2D composability, where the highest bidder at the table attains their rights to influence a project. On the other hand, the financialization makes the already convoluted value chain of the ecosystem more difficult to newcomers and contributors looking to earn their way to influence. Early conversations around labor unions emerge, yet equally effective mechanisms have yet to be created to provide leverage for contributors, especially late-comers. Such imbalance of influence could lead to consolidation of existing power on the one hand and perverse incentives to join versus starting a DAO on the other.

However, I do urge the space to think critically about what frameworks and tools still have yet to be commonly adopted/explored that enable subsets of coordination such as modularity, arbitration, privacy/pseudonymity, credentialing, etc. Financialization itself isn’t sufficient to steward long-term value, and financial primitives are far from sufficient in fulfilling the full potential of DAOs. And as we unlock those tools, a true revolution in the future of work will emerge.

If these are questions you’d also like to explore, we invite you to become a contributor to the Station protocol or to participate in our research efforts through Newstand, Station’s publication focused on exploring the possibility of work in an era of hyper connectivity and fluidity.

Station Newstand is open 24/7. We’re inviting writers, artists, and researchers across all disciplines to push forward radical imagination around the future of work unlocked by crypto. To apply, simply connect your wallet to Rinkeby Testnet, create a profile, and attach a link to your writing sample.

Special thanks to David and Jihad for contributing to the edits.